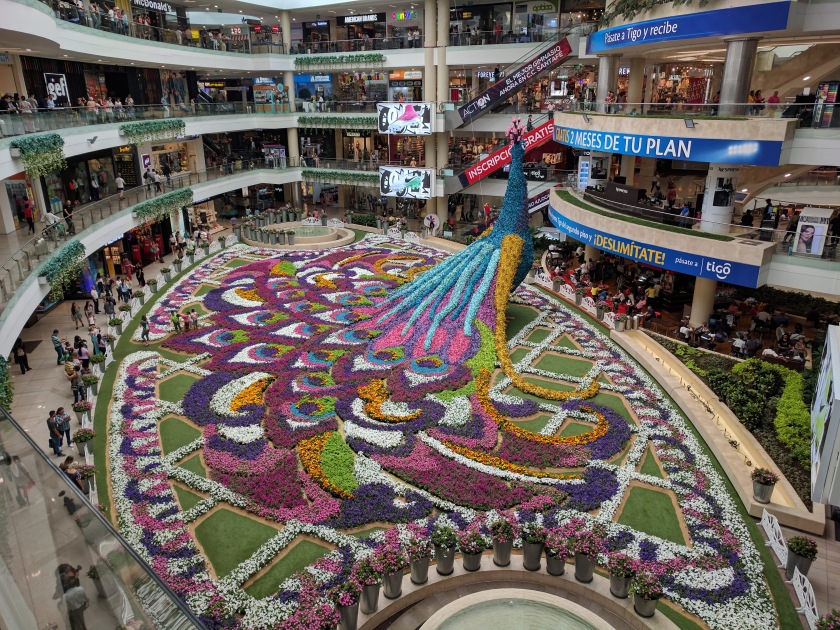 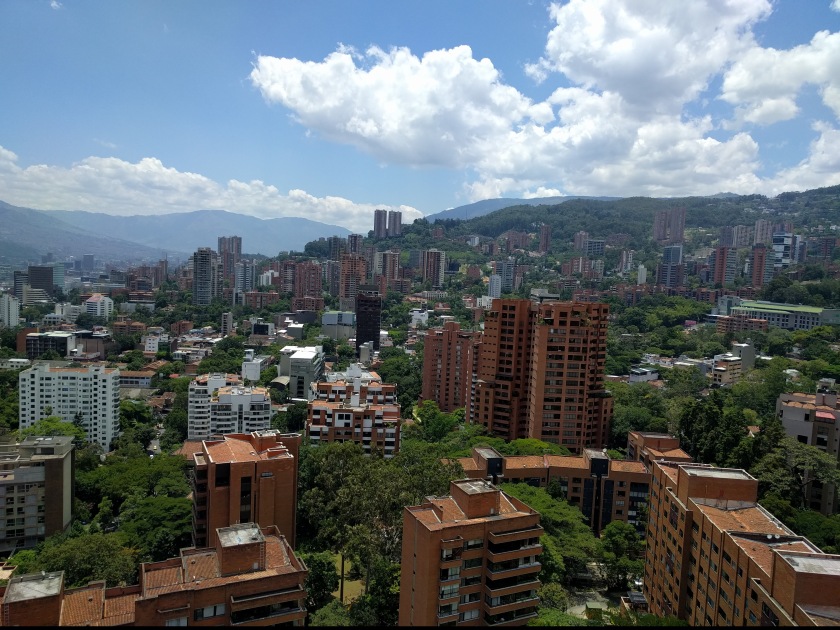 At noon from my balcony.

One might think I left the United States because of the state of the nation–a political move to distance myself from the insanity. Far from it. A year ago this month (August 2016), my husband and I landed at the Jose Maria Cordova Airport in Medellin, Colombia. Months prior to our departure, my husband had exhausted a list of pros and cons on possible countries and cities to make our new home. Medellin was at the top of his short list. I didn’t have a list, so I just went with his. Together, we bought a new apartment by October, and shortly after that our country said goodbye to Obama.

I was getting tired of people asking me why I was moving, others simply stated “what a good time” it was for me to leave. The truth is, my husband and I just wanted a change. We picked Latin America because it was the country we had the least amount of experience, but with a culture and language that might be a bit easier to learn. We decided to take a huge risk on our future, be it temporary or permanent. Realizing that any permanence can be temporary again is key here. It’s okay to change and change again.

Medellin for me was shrouded in corruption and murder. That’s what I saw on the news, watched on Netflix, and knew as truths rather than rumors. Yes, there is crime here. But it’s not what Hollywood depicts. The cartels from what I have been told by locals are active, wearing muted suits that go consciously unnoticed by the residents. The cafeteria of crimes however range from local grifters, petty traffic extortion, mugging, armed robbery and even a contracted murder. This is not tropical Hawaii that’s for sure. Getting swindled is an every day occurrence, and that kind of daily bombardment really wears me down like a whining child.

I am not a good person to ask about gauging crime. It’s because I was mugged in Los Angeles once and hurt pretty bad (but not hospitalized bad), so my danger radar has been on high alert ever since. My fear of this country is not unwarranted, but coupled by my fear of personal safety (from past experience)–makes for some paranoid situations.

On the upside, the city is cleaner, better organized, and private infrastructure is expanding at alarming rates. The city’s thick layer of smog is a good indicator that very soon, it will suffer the likes of Chinese metropolitan cities. My already damaged lungs gasp at the thought of wearing masks outdoors in the near future. I am keeping my fingers crossed that Medellin will put an ordinance in place that requires developers to leave enough green next to the newly built brick and concrete.

I feel more like a foreigner here than the typical gringo. I am reminded daily that I am Asian. The last time I felt so foreign was when I arrived at my Grandparent’s home in Fresno, California. Not a soul resembled me or spoke my language. I became mute to a new country at four years old, and now again at 53. Let’s just say that children are a lot meaner than adults. I have not been often ridiculed here, but the stares, the pointing and laughing feel similar. I am the foreigner’s foreigner, and this experience has dug up some old childhood emotions. But this is just my baggage. I don’t expect anyone to mug me here, but I would not be surprised if I were. Getting assaulted in any place traumatizing be it Colombia or the US. I am certain that bad people are everywhere, but so are good people.

My husband on the other hand, is the complete opposite. He is less cautious, and open to going to the unfamiliar for new friends and a chance to see music venues (he has different priorities I suppose). He would rather trust before judge, and heighten senses only when things are obvious like blatant fraud, thievery, or brutal force. He has also never been assaulted. He’s an innocent, and a good man. I envy him sometimes. He is an example of why we should cherish our children. Our world could be so much better if we raised our children to be like my husband was–cradled in safety, non-violence, and welcomed curiosity. But that’s a whole other blog post.

Before hate and fear gets thrown around unnecessarily, I want to tell you how beautiful the people are in Medellin. I want to share with you their Spirit, their generosity, and their willingness to befriend you. I haven’t come here to conquer but rather as a guest. My hope is that the people here will find a way to embrace me as much as my welcome heart can hold. I am optimistic even when I feel beaten. I am also not naive about the reality here. But don’t send me away just yet. 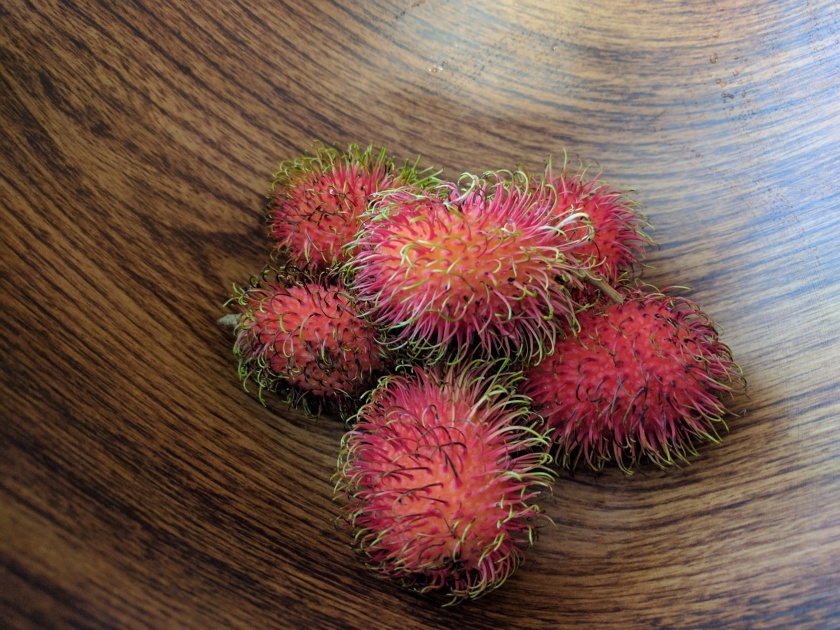 Rambutan fruit, in season at the local farmer’s market.

I created space in my life to come here. I gave up my busy practice, gave away a lot of my belongings, my then plan for my future, easier access to my children, my family and friends. My hope was to empty enough to allow ample space for all the people I will meet and love here..for all the new journeys and experiences..for new teachers.

I saved all the things I love and had them shipped to Medellin. I will have the familiars in a month, and that will be a comfort. Next week, I have house guests I have never met, but willing to provide shelter. An act I may have been less likely to do back at my old home. I am learning already. See me Medellin, because I am looking at you too.